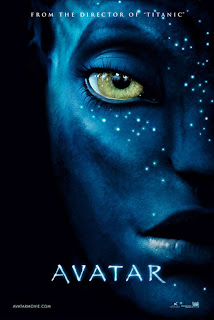 James Cameron is insane. In a good way.

Visually, the movie is stunning. Blue elves (the Na'vi, which sounds much like 'mavi', Turkish for blue) may not be very original, but they are beautifully rendered, and the entire planet of Pandora is a delight to watch. See it in 3-D if possible.

What bugged me is not how the film looks, and not even what it's saying, but how hard it's trying to be PC. You could read the Na'vi as Africans (there's the whole history of colonialism right there), with their jewelery, the giant baobab-like tree and certainly (and not very subtly) their accent. The general (who is now working for a private security firm) and the choppers come right out of any Vietnam movie. Iraq and the insurgents are certainly in there. There's even the fall of the twin towers, except that the roles are reversed. In case you missed any of the visual clues, the evil general utters the words "pre-emptive strike." The entire story feels like a lame attempt at a confessional for any and all US (and European) aggression. Yet, the ultimate hero of the film is a former marine, and the "natives" are properly othered.

And the song at the end - even worse than 'My Heart Will Go On.' Hopefully less catchy.

There's more to be said, for sure, but I'll keep it short. For now, anyway...
Posted by melisb at 18:55 No comments: Links to this post

There's a certain contentment that comes with watching a well-made period piece. Stephen Frears' Chéri is that kind of a period piece. It's absolutely gorgeous.

Apparently, Michelle Pfeifer is now officially Hollywood's 'older woman'. And what a woman.

As for the young man, Rupert Friend is fantastic. In many ways. This is what Kıskanmak's young man should have looked / acted like. 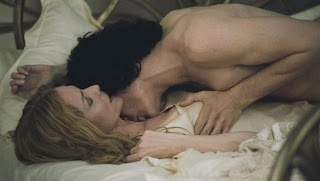 Posted by melisb at 00:41 No comments: Links to this post

Supermen of Malegaon is a true cinephile documentary. It's about a group of amateur filmmakers in Malegaon, near Mumbai, who are shooting a parody of Superman. Their lack of formal training in filmmaking is amply compensated by their enthusiasm and the education received by watching many many many movies. Questions of remaking and copying, original and imitation are also addressed, at a much higher level than often heard from 'proper' filmmakers around the world (or at least in these parts). The filmmakers are fully aware of their limitations (which are only financial and practical really), and the documentary manages to laugh 'with' them rather than 'at' them.

This film was shown at the opening of the Istanbul Doc Fest, in memory of Ahmet Ulucay.

Posted by melisb at 17:06 No comments: Links to this post