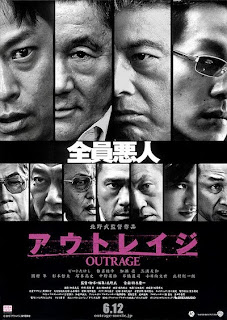 There is nothing outrageous in Takeshi Kitano’s return to Yakuza territory. In fact, it’s surprisingly straight-forward and verging on boring. Several major and minor players scheme to get rid of one another, and nearly everyone dies by the end.

One thing to possibly note is an odd choice of editing. The first third of the film connects different locations through editing and sound bridges. The second third continually uses fade-outs, I’m not really sure to which end. The last third is fairly straight-forward invisible editing, except for maybe one conversation. I’d love to have the old Kitano back, but alas, this is not it. 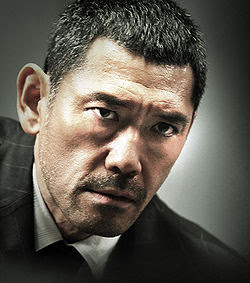 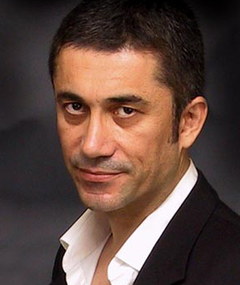 Posted by melisb at 22:59 No comments: Links to this post 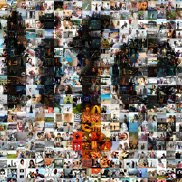 I have been way too busy to update the blog lately. But I promise to feature a whole new batch of notes, fresh from Rotterdam. Really, really soon!

In the meantime, here's a brief report I wrote after the FIPRESCI Jury duty. It should also appear on the FIPRESCI web site at some point.

Of Children and Parents

The Perspectives section at the 21st Ljubljana International Film Festival offered eleven films of different styles, on different themes. Initially, one would think that the only common denominator is that all of these are the first or second feature films of their directors, according to the festival guidelines. But watching all eleven, I noticed another thread that appeared to be dominant among this year’s crop: children and parents. I think what struck me the most was the neat parallel that appeared among four of the films in particular. Two were about boys, two were about girls. Boys’ films were all about father and son bonding, and the girls… Well, the less father, the better.

Vlado Škafar’s Oča (Dad) from the host country and Pedro Gonzalez-Rubio’s Alamar (To the Sea) from Mexico were little stories of divorced fathers spending time with their sons. Both films shared a strong atmosphere and a lingering camera that appeared to be simply witnessing the warm relationship these men were trying to preserve. The girls were having a much tougher time. Samantha Morton’s The Unloved from Great Britain (the winner of the FIPRESCI Prize) tells the story of Lucy, an eleven-year-old who is placed in a care home after being beaten by her father. She is unwanted (and unloved) by either parent, but finds a way to survive among all the chaos that reigns not only in the care home, but also in the British social system. Debra Granik’s Winter’s Bone from the US has a slightly older female character at its core – at seventeen, Ree Dolly takes care of her younger siblings and her mentally ill mother, who is all but absent from their lives. She is searching for her father, who has put up their house for his jail bond and promptly disappeared. It is telling that both of these films are directed by women.

Among the other films in the competition, the theme of children kept recurring. Hector Galvez’s Paraiso (Paradise) was about five teenager friends who strive for a better life in Peru. Los Viajes del Viento (The Wind Journeys) by Ciro Guerra from Colombia followed a troubadour across the country, joined by a young man who saw him as a father figure. In Rigoberto Perezcano’s Norteado (Northless) from Mexico, the children are absent – leaving them behind is the greatest sacrifice the film’s protagonist Andres has to make as he is trying to go north across the border, into the US. But the ultimate children-parent relationship among the festival films belonged to the winner of the main prize. In Yorgos Lathimos’ Kynodontas (Dogtooth) from Greece (now a -very- surprising Oscar nominee), we witness a family where the parents desperately try to “protect” their three children from external influences – even if it means potentially destroying their lives.
Posted by melisb at 11:52 No comments: Links to this post