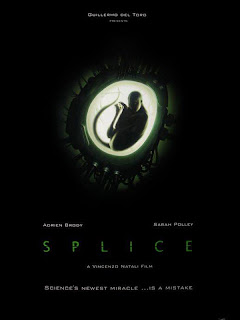 Vincenzo Natali's film about "two young rebellious scientists" who "defy legal and ethical boundaries and forge ahead with a dangerous experiment: splicing together human and animal DNA to create a new organism" received very good reviews (75% on rottentomatoes). Why, I don't know.

First off, as the summary suggests, the film features every imaginable (and unimaginatively used) cliché about "science gone wrong." Starting of course, with the improbably attractive and young scintist couple. It is then smothered by all the possible clichés involving psychoanalysis (I won't go into detail to avoid spoilers). I do not look forward to read scores of student essays in the forthcoming years on "A Psychoanalytical Analysis of Splice."

But what really enraged me about the movie is its claims to universality. This human/animal splice named "Dren" grows up superfast so we get to see all of its developmental phases. And without a TV to look at, or humans to talk to, it adopts all the typical "Western" attitudes towards gender, clothing, behavior, etc. Because that's how "natural" people act surely.
Posted by melisb at 11:51 No comments:

Email ThisBlogThis!Share to TwitterShare to FacebookShare to Pinterest
Labels: psychoanalysis 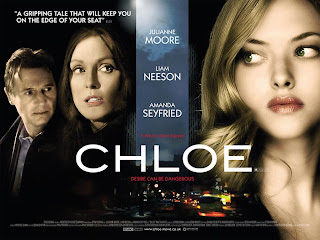 There was a time when Atom Egoyan made beautiful, subtle films. Exotica tops my list, followed closely by The Sweet Hereafter and Felicia's Journey. Then I somehow skipped a few and saw Adoration last year. I thought it was a fluke, he'd get back to his senses. But now with Chloe, I'm getting worried.

A middle aged couple (Julianne Moore and Liam Neeson) in Toronto is growing apart from one another (or she thinks so). The wife hires a prostitute (Amanda Seyfried) to see if the husband will go astray. There is also a teenage son (Max Thieriot). Things get complicated. That he is a music professor and the plot seems to have jumped out of Così fan tutte is probably not a coincidence, but doesn't save the film.

Everything in Chloe looks beautiful. People (Moore! Neeson! Seyfried! Thieriot not so much.), clothes, houses, hotel rooms, even the doctor's office are all gorgeous. But everyone is so devoid of any humanity (maybe precisely because they are always so well-kept) that I found it impossible to care about any of them. And maybe I watch too many movies, but the narrative twist that is (presumably) supposed to give us the 'wow' effect is clearly visible from miles away.

One thing that's been on my mind: at the very beginning of the film, Moore's character (an ob-gyn specialist) explains to a patient how an orgasm works ("it's a series of muscle contractions, nothing mysterious about it"). If Egoyan is then trying to show that desire is not that simple and is in fact mysterious, he's comparing apples and oranges. Or so I thought.
Posted by melisb at 09:58 No comments: 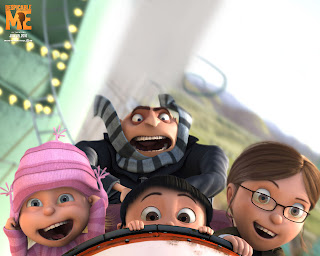 Cute, and not overly sweet. The plot summary on IMDB actually makes it sound a lot more sappy than it is: "When a criminal mastermind uses a trio of orphan girls as pawns for a grand scheme, he finds himself profoundly changed by the growing love between them." Luckily, Gru (the "criminal mastermind") is a villain of the same calibre as Dr. Horrible, thanks mostly to Steve Carell. I have to admit that while I found the adoption of certain 'suspicious' accents by Gru and his mom suspect, they were funny nonetheless.

What really makes the movie, more than anything else, are Gru's yellow minions. I want them. All of them. 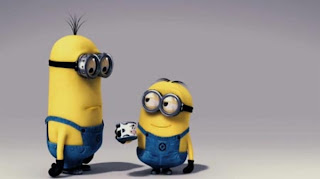 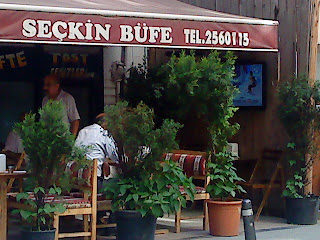 This is a breakfast place on my street. For the world cup, they mounted a tv on the wooden 'wall' surrounding the demolition next door. They move the tv inside every night. Ingenious!
Posted by melisb at 18:21 No comments: