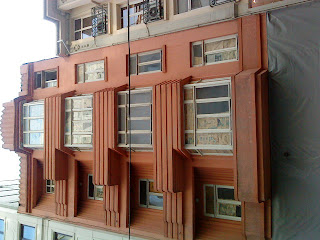 My street was full of these, but they're all being torn down to build semi-identical hotels. This is probably next to go.
Posted by melisb at 18:20 2 comments: Links to this post

Prince of Persia: The Sands of Time 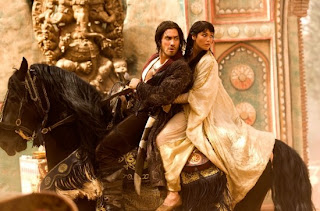 OK, I like a non-sensical historical action flick as much as anyone. But this is Hollywood drivel in its most derogatory sense. Its historic Middle East is a land of Orientalist myths, the casting of its leads (especially in the case of Gemma Arterton - remember Strawberry Fields?) is ridiculous, but most importantly, it's boring! There's a magical dagger that gets tossed around so many times between the good guys and the bad guys, no one cares anymore after the umpteenth time it changes hands. Even my favorite game -let's spot the blatant analogies- becomes tiresome. Persians attack Alamut on suspicions of WMD, but there are none! Alas, Alamut sits on an extremely valuable natural resource: magical sand! Whatever.

Robbin’ in the Hood

(still behind in festival reports, but had to get this in)

Disclaimer: I love the Scott Brothers, and am positively biased towards all of their work. (Yes, that includes Black Hawk Down and Domino.)

While there have been quite a few Robin Hoods before, this one tells the story of Robin Longstride becoming Robin Hood. In that sense, it’s rather misfortunate that it stars the oldest Hood to date. At 45, Russel Crowe looks his age, despite the star charisma and all. But if one is determined to enjoy the movie (as I was), I would suggest to imagine that people in Middle Ages (particularly soldiers who have spent the last 10 years walking from England to Palestine and back) tend to age faster. All the familiar faces are there, Big John, the chubby priest, and the evil Sheriff of Nottingham. And Marian of course, in the shape of the gorgeous Cate Blanchett. She’s probably also to old for her role, but that’s ok as she’s an Elf.

At 140 minutes, the film is long, yet it doesn’t drag on. One of my pet peeves is that in Hollywood pictures, everyone on earth in any age speaks English, so I was delighted by the fact that the French actually speak French here (and they're all evil). And great work on production design: everything is rather grimy, as things probably were back then. While the whole subplot about Robin’s father, and the subsequent “freedom and liberty” bit seems rather forced, ultimately I really enjoyed it as a historical adventure. There’s only one bit of robbing though, the rest is left conveniently to a possible sequel (Robin Hood and his Arthritis). 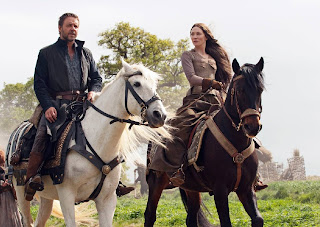